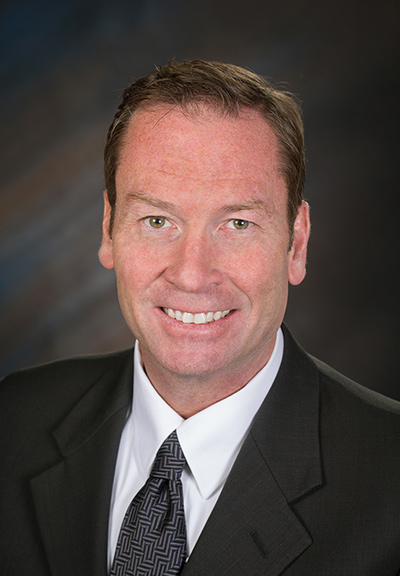 Ben Czyzewski has worked for the Clark County Department of Aviation since 2008 and was named to the position of Assistant Director, General Aviation Airports in 2014, overseeing North Las Vegas Airport, Henderson Executive Airport, Jean Sport Aviation Center, and Perkins Field in Overton. In the two decades prior to joining the Department, Czyzewski held high-level positions in the aviation industry, working for airline companies such as US Airways and America West Airlines.

The primary roles of the general aviation airports are to support the general aviation community and to act as an FAA National Airspace System reliever for McCarran International Airport. North Las Vegas Airport is the second-busiest airport in the state based on total operations, while Henderson Executive is considered a premier corporate aviation airport and hosts the National Business Aviation Association Business Aviation Convention & Exhibition. As such, combined general aviation operations exceed 256,000. By displacing this airspace demand away from McCarran, commercial carriers are able to expand operations into the valley, assisting McCarran in its mission to support the Las Vegas Valley.

During his tenure with the Department of Aviation, Czyzewski has secured more than $25 million in grants from the Federal Aviation Administration, utilized for improvements to general aviation airports, and worked with local, state and federal entities to improve overall safety at general aviation airports in Southern Nevada. This was accomplished through pilot outreach, airport standardization efforts, surface enhancements and airport expansion.

Czyzewski holds annual community events such as Airport Open Houses that promote general aviation awareness and the Department of Aviation. He actively supports non-profits such as Angel Flight, a service that provides free air transportation for passengers in need of medical treatment far from home. In addition, he donates his time to programs that provide hands-on education to potential future aviators through organizations such as the Experimental Aircraft Association’s Young Eagles Program, Tuskegee Airman’s Legacy Flight Academy, and Women in Aviation International’s Girls in Aviation Day.

Czyzewski earned an associate’s degree in aviation business administration, and a bachelor’s degree in aeronautical studies from Embry-Riddle Aeronautical University. He holds an International Airport Professional accreditation from Airports Council International and Airport Certified Employee designation from the American Association of Airport Executives (AAAE). He has also completed the Clark County Management Academy and is a member of the U.S. Contract Tower Association.

He and his wife Sandy and his daughter Sophia appreciate all that Southern Nevada has to offer including hiking Red Rock, Valley of Fire and Mt. Charleston, and boating on Lake Mead. Additionally, he and his family enjoy international travel.